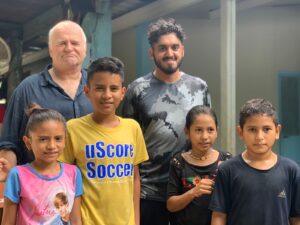 My name is Paavan Jassi, I’m a 23-year-old from Birmingham, England. I did not know what to expect when coming to stay with my homestay family in Honduras. I thought it may be an uncomfortable two weeks with strangers. However, I was surprised by their accommodating nature, they provided me with the utmost of respect and kindness. The mother and the father, Ana and Javier, made me feel at home. Ana fed me with fresh and tasty food, I was never left hungry, perhaps they may have fed me too much. Alas, I enjoyed trying tortillas, tacos and avocados for the first time and the fresh mangos from the tree were a delight.

The children of the family were able to communicate in varying degrees of English. While I became used to speaking to the parents in my broken Spanish, my language skills would’ve been nothing without the oldest child Raquel, aged 17, who speaks in perfect English. The middle child, Javier, aged 11, speaks in pretty good English for his age. The youngest child Emily, aged 8, speaks some English with her favorite word being “yes”. There were many more children around the house, many of which being cousins of first and second relations. All of which were equally welcoming. 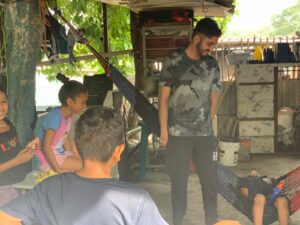 I very much enjoyed playing with the kids, whether that was football penalty shootouts, baseball with small exotic fruits that fell from the tree or flicking marbles in the dirt. I was surprised by how technologically-adept the children were. When I gave them my iPad and Nintendo Switch to play with, it didn’t take too long before they were downloading new games and inserting new game cartridges. The kids helped me in many ways. I would say that I learnt more Spanish from the kids than I taught them English. But more importantly, they fought away giant moths from my room which looked more like birds than winged insects.

I can safely say I made lifelong connections with my homestay family. Literally, on the first day of meeting the family, I told the parents that I preferred goat milk to cow milk and the family drove me to a nearby goat farm and they bought quite a lot of, relatively expensive, goat milk. Not one day did I feel unwelcome in their home or on any of the trips they took me and my fellow British volunteer Peter to. The trips the family took us on were wonderful, whether it be their relatives in the countryside or the serene river or to the beautiful mountains which had an awe-inspiring waterfall where we sat and ate delicious watermelons. I was initially reluctant to stay at a family’s house but I am very happy that I made the decision to do so and very grateful to the family for everything they did for me in the two weeks that absolutely flew by. 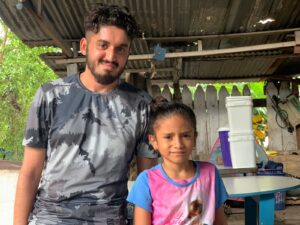 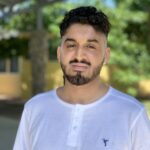 Paavan is an English speaker from the United Kingdom. He completed a TEFL course after finishing his Master’s degree, with Merit, in International Political Economy at the prestigious University of Birmingham. He is looking forward to teaching at BECA's great schools. He has a basic understanding of Spanish and he would love to improve upon in Honduras.

This author does not have any more posts. 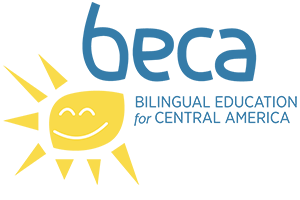