Tension During the “5th Grade Entrance Exam” – Miss Bethany
The SJBS 4th graders were in for a surprise when I explained that April 1st was the day of the most important exam of the year – the exam that would allow them to enter 5th grade in the fall! The exams were written in Spanish – since they were, of course, government-mandated – and encompassed all curriculum areas. If they didn’t pass – well, they would always make new friends in next year’s 4th grade class! The questions and commentary were frequent and panicked. “Will we have to stay in 4th grade if we fail?” “Will you tell our parents?” “WOW! This is exam is really hard!” Thankfully, as the ten-question exam was coming to a close, the students looked up to see “Happy April Fool’s Day!” written on the board. They got to celebrate by ripping up their exams and throwing them away – and spent the rest of the day trying their best to fool Ms. Bethany!
The Ol’ Switch-a-Roo – Miss Carly and Miss Meagan
Miss Carly and Miss Meagan turned the tables around on the first AND eighth graders when they switched their classes. The first graders were surprised when the day’s math lesson started with an announcement that Miss Carly needed to go the United States for an emergency and wouldn’t be able to come back. The room was silent with confusion, until Miss Meagan strolled in the room to “replace” Miss Carly – upon which no fewer than four students began to cry.
Meanwhile, as Miss Meagan apologetically explained that Miss Carly really was gone forever, the eighth graders were unhappily surprised with a new, far less understanding English teacher. Their standardized quiz on poetic devices was poorly received, and the class was highly relieved 20 minutes later when Miss Meagan finally returned with a promise that the score would not count for a grade! Back in first grade, Miss Carly’s return was met with relief and a big group hug.
Exponential What? – Miss Tanya
The SJBS 9th Graders knew they had a quiz on Friday morning, but I had assured them it was nothing to be stressed about – just multiple-choice, covering basic vocabulary and updated procedures. They hardly even needed to study. Yet when Thursday night rolled around, I realized it was March 31st – and that those middle-schoolers could handle a little dose of humility. We had been covering applied linear graphing in class, and I knew it would freak them out to put one on the quiz, since we had only gone over it once. Yet it would be even better, I realized, to put a problem on that they almost certainly couldn’t do. I Google-searched “exponential decay,” a phrase I vaguely remembered from senior year math, and quickly found an example that sounded like a linear equation, but would have been impossible to graph. As I handed out the quiz, my students furiously protested that I had PROMISED no graphing – protests that fell on deaf ears, as I theatrically rolled my eyes and pretended I’d said no such thing. If they didn’t understand, I assured them snottily, it was simply because they hadn’t taken good notes. There were no tears, but the looks of fury and betrayal I received were almost enough to make me immediately fess up –almost. But I held firm, and the class finally calmed down (enough) to start “working” (angrily, but quietly, staring at their tests). After a minute of furrowed brows and resentful muttering, I couldn’t hold it any longer. Upon hearing my gleeful shout of “April Fool’s!,” there was only a beat before the collective groan of realization and relief. They spent the rest of class insisting they had known all along – but collecting the quizzes proved a few too many attempts otherwise!
As BECA volunteers, we are so often the lucky ones learning the traditions and celebrations of Honduras. April Fools Day was finally an opportunity to share something from our culture–even in the form of pranks! And while the students may have gotten a little scare, each class ended with the students and teachers laughing together–building those bonds and relationships that making being a teacher so special (executing a successful prank doesn’t hurt either). 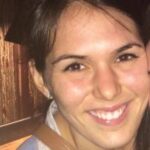 BECA Alumni
Latest News from Me: