Stephanie Fore, Fourth Grade Teacher at Amigos de Jesus (ADJ), not only teaches at BECA’s newest school, but also the newest and oldest grade there! Read on to find out more about her funniest students, encounters with Honduran wildlife, and her favorite parts of ADJ.
Describe your typical weekend.
I can’t say that I have a typical weekend yet; there’s so much to do and see in Honduras! Initially, I was a little concerned about being in such a rural setting and finding ways to spend my time, but I’m usually quite busy. I might travel to visit friends in Cofradia, take a day trip to Santa Rosa with my roommates, run some errands in Azacualpa, or visit the mall in San Pedro Sula. If I stay on campus for the weekend, I spend a lot of time playing with kids from the home. Tag, hand games, jacks, and soccer are always favorites.
What is your favorite part of the day or class to teach?
I love to teach word work. It’s so much fun to see my students get excited about learning to read, write, and form new words. They also have the opportunity to work independently and learn to problem solve on their own, which is really rewarding to watch. Lately we’ve spent a lot of time alphabetizing, sorting words by number of syllables, and identifying long and short vowel sounds.
How has your experience living in Macuelizo and working at ADJ been?
I’ve always considered myself a city girl, so I’ve been surprised by how much I enjoy the lifestyle at Amigos de Jesus. I love waking up to the sound of roosters and the sight of cows out my window every morning. I love that I have the opportunity to build relationships with my students not only in school but at home. The thing that I love most is the sense of community here. Everyone who works, lives, or volunteers with the children plays such an important role, and it’s so nice to have such a large, close second family.
What’s the funniest thing a student has ever said?
Religion is a huge part of the culture here in Honduras, but I have one student who is particularly taken with Catholicism and has frequently told me that he wants to be a “church man” when he grows up (for the first two months I thought he was saying he wanted to be a “short man,” which I thought odd yet impressively self-aware). He loves to find a way to incorporate God into as many class conversations as he can. When we discussed the scientific method in science, I was demonstrating how to make a hypothesis, so I asked, “Why do you think we are all different heights?” to which he responded “Because God made us that way.” During a different science lesson on heat, I asked the class “What are some things that keep us warm?” to which he responded “God.” But my personal favorite happened when we were walking to P.E. and I had a bug on my leg. He said, “Miss, do you like bugs?” I told him that I didn’t. He then asked if I hated them. “No,” I said, “I just don’t really like them.” He told me that he did, and when I asked why, he responded “Because God made the bugs. I love all of the animals of God.”
What’s the funniest thing that’s happened outside of school?
Although traumatic at the time, I look back fondly on the time a live scorpion fell out of my hair before school started. While I was working in the computer lab, I felt an itch on the back of my head and when I went to scratch it I felt a bug. I flung it off and a scorpion plopped onto my keyboard. I was so in shock I had to call for back-up to help me kill it. Keri, an Amigos de Jesus volunteer, heard my screams and came to the rescue. She found the poor little guy hiding under a PC tower.
What is the most challenging aspect of living in Honduras?
I miss modern conveniences. I don’t necessarily miss anything in particular, but I miss being able to get whatever I want whenever I want it. It’s impossible to fulfill cravings here. If I want to have some Pepsi, I need to prepare hours (or even days) in advance.
What’s your favorite Honduran food?
I love topogigios (which are actually pronounced “toe-poe-ee-yo”). They’re frozen juices sold in plastic bags that you can buy for around 10 cents at most pulperias (corner stores). My favorite is passionfruit.
How would you describe your class?
I have 23 students that range in age from 8- to 13-years-old; 12 are girls and 11 are boys; 12 are from the home and 11 are from neighboring communities. I have the largest and oldest class at ADJ since 4th grade is new this year. My kids were the first and oldest kids to join the BECA program at ADJ during the 2013-2014 school year. Even though they’ve only been speaking English for a little over two years so far, I’m so impressed with the progress they’ve made both academically and socially, especially given the range in age. They definitely test my patience with their pre-adolescent attitudes, but we never go a day without laughing. They have an incredible sense of humor and an amazing ability to laugh at themselves, but are also so compassionate toward one another and toward me. I rarely go a day without being gifted a drawing from a student and I’ve never gone a day without receiving a bear hug from at least five of them. It’s clear that despite their varied (and often difficult) backgrounds, they genuinely enjoy being together. 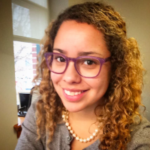 BECA Schools
Latest News from Me: