Monday night was Cofradia’s Desfile de Antorchas. For people that don’t speak Spanish and don’t want to put that into Google Translate, that means The Torch Parade. Every school in the presiding area comes together and meets on what seems like a random street corner where the parade starts. Every child that is in the parade comes equipped in their school gym uniform with their very own torch for the parade. The torches are made out of wood and colorful saran wrap basically. The parade is to celebrate the beginning of the school year! It started at 5 PM on a Monday and the children are meant to march when the sun is setting so all their torches look cool in the dusk.
After getting lost for a little bit, we eventually found a crowd of children, various ages, and from different schools on the street where the parade would start. We waited for more people to come and eventually it got really crowded! We were in order by school and some of the older boys at SJBS carried the school banner to begin our section of the parade. We got our classes together the best we could and I had about 15 out of my 25 first-graders come to the parade. Some students do not come because of religious reasons and others simply because, as one child some eloquently told me, they don’t want to walk that far. Which seems understandable.
The distance in between the beginning and the end of the parade is not that long if you are walking normally, but if you are walking in a parade, it takes about an hour. We waited for dusk, and some of the first-graders were asking me if it was over before we even started. We stood for a long time! The kids were lined up in girls and boys lines, with preschool at the front (preschoolers with fire torches by the way) and first grade after and so on. Once we heard the impressive marching band start, parents started frantically lighting their children’s torches with matches. The effect was beautiful! All the torches, with each school having a different color, and the sun setting over the mountains in the background was really quite lovely.
We began our walk, and my line leaders did a great job! I had them follow the cracks in the pavement so we stayed in a line. We had to stop and start a lot because the parade was rather slow, but they all made it! At the end, everyone was exhausted, including myself. Most kids disappeared into the crowd with their parents and I got to watch a few other neighborhood schools come by. All-in-all, it was a really great experience. I was also happy to show off to the parents traveling alongside us in the parade how great their kids were getting at lines! A few of the boys even did bubble cheeks, which is a silent signal I use in lines to make sure the kids are not talking. I was impressed! 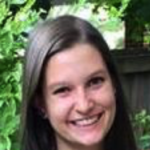 Emily Nicaise (SJBS 2nd Grade) is excited to join SJBS for her second year with BECA. She will be teaching the same students as last year and is very happy to spend every day with her 25 best friends.

Emily was born and raised in Baltimore, Maryland. She attended Boston University and graduated in 2013 with degrees in Sociology and Spanish. Throughout high school and college, Emily frequented visiting Honduras with the organizations Students Helping Honduras and El Hogar de Amor y Esperanza. Since graduating, Emily worked for a nonprofit focused on helping youth of all ages with behavioral, emotional, and social issues in Boston.

Emily is passionate about empowering youth through education, social justice, and working with children. Last year, she loved spending time with her students' families outside of school, and traveling throughout Central America. She looks forward to developing even stronger relationships with her students, their families and the community around them in Cofradia.